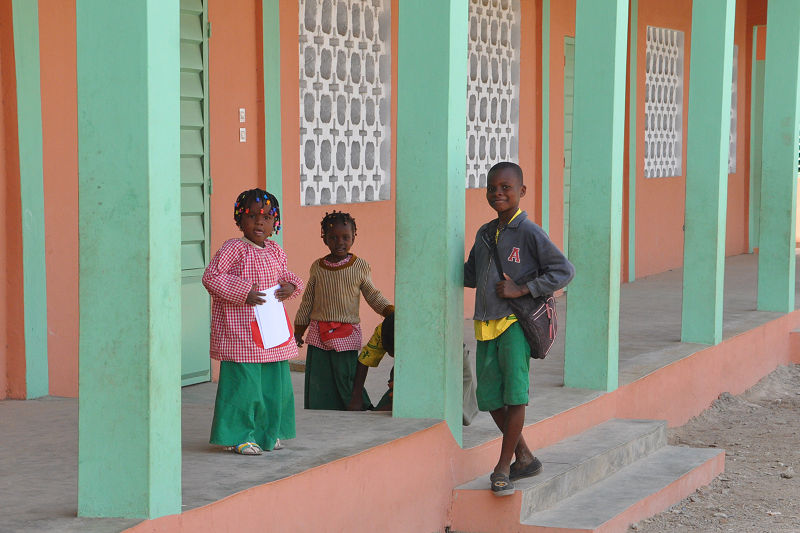 A quality primary school in Kandi

Benin, one of the poorest countries on the planet, faces a lack of educational structures. The quality of education is also insufficient, the country lacking qualified teachers. This situation leads to disastrous results: in 2016 only 16% of the country’s pupils passed the BEPC (end of lower secondary examination).

Getting out of the vicious circle of poverty requires having qualified people who are able to invest in the development of the region. It is with the aim of training such people that ASED and the Foundation for Life For All (FVPT) have been working since 2012 to set up a quality educational institution in northern Benin.

The Champagnat College in Kandi, managed by the FVPT, offers quality secondary education, accessible to all. In 2017, the first students of the school will take the Baccalaureate. The results of the BEPC, 100% pass, make it one of the best institutions in the country.

However, the level of the pupils at the entrance in the 6th grade is insufficient. Many students have not yet acquired the basics of primary school. This requires an excessive effort from the students and teachers to make up for the delays and reach a satisfactory level while following the planned program.

This project (Jan to Dec 2016) enabled the construction and commissioning of a primary school that delivers quality education in Kandi.

The creation of this primary school has been very successful and exceeds the expectations of the organization. In 2016, there were 200 registrations out of 300 applications. In front of the demand, the FVPT must limit the number of registrants to keep the right ratio teachers/staff it to reach its quality objectives.

Thanks to this project, with the influx of high-level pupils from the primary cycle, the FVPT college will fill its classes better and thus better meet its vocation. As a matter of fact, in secondary sections, the FVPT is confronted with a fairly high number of pupils who have average results (10 or 11/20) which do not allow them to be promoted to higher class at Collège Champagnat, the “pass” being set at 12/20 to meet the institution’s goal of excellence. They often prefer to continue their studies in other less demanding institutions, which creates a deficit in the college’s workforce.

This project is executed in partnership with the Life for All Foundation.

One year from January to December 2016