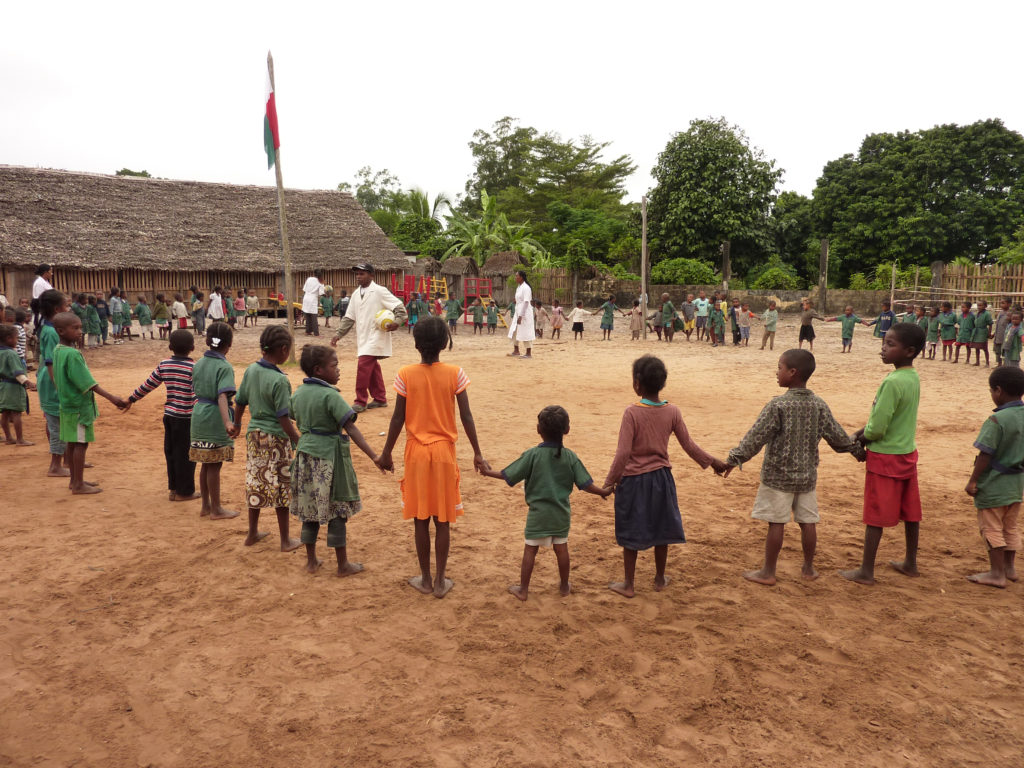 In Nosy Varika, children from the most disadvantaged families did not have access to school because of lack of space or financial means.

ASED rehabilitated buildings and built new classrooms in 2010. Year after year ASED continued its support of the ABE school by ensuring its operation and adding classrooms to enable students to continue their primary education. In 2014, the school provided the entire primary cycle for 182 children aged 4 to 12 years.

Despite the difficulties associated with isolation, the socio-economic context and the regular exposure to cyclones, the school has started a process of empowerment so as not to depend entirely on outside help for its operations. The empowerment project has invested in income-generating activities that should cover some of its costs (beekeeping, farming and running a public transport boat).

The school ABE Nosy-Varika is a project initiated by the NGO A Bonne Ecole, based in Holland.